“They had cut the previous writer off at treatment and had no interest in continuing with the project. I’d read the book for pleasure, found out who owned it, and realized, even if they put it up for turnaround, I might not succeed in acquiring it — someone like Scott Rudin might — and he certainly wouldn’t think of a chick to write a dark thriller. So I made Harvey a proposition. (I believe I actually wrote, knowing he’d love it, “This’ll get you in your Hassidic scrotum…!”) It was this: I’d do the script for scale if I had NO MEETINGS AND NO EXECUTIVE INPUT. A pure spec job. But the cheapest imaginable script from a name writer. Harvey is great with ballsy, mouthy bitches like me, and far from being offended, he was amused. The deal was struck.

And ironically, I did produce a script he wanted to make, but his company was going under, and the rights reverted to me. ”

So the “chick writer” got to write a dark, gritty Sci-Fi thriller in defiance of all movie studio tradition and kept fighting until it became a movie.

So here’s to Leslie Dixon and all the other ballsy, mouthy bitches out there who don’t take no for an answer!

p.s. I highly recommend the book… 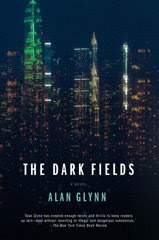 “The Dark Fields” by Alan Glynn is a gritty, dark, fast-paced Thriller with Science Fiction undertones and a taut first-person voice set in a near-future Manhattan. The story concerns a young, struggling writer who takes a mysterious drug that gives him incredible mental powers and catapults him into a dangerous mentor relationship with a Wall Street trader who’s using him to predict the stock market. His meteoric rise is followed by a brutal fall, in which the ramifications of this wonder drug become all too frighteningly real for him and, possibly, for the world.